a fragrant breeze flows through the window
amidst sirens. the 24-hour news channel is on

but I don’t listen.

the february breeze is cool not
biting.

the picture of Jesus looks up
past the grandfather clock.

tissues strewn across the sofa
toys all over the floor

pictures lead up the stairs.
I stare at a schedule
and cross out so many things.

summer is better
after time passes
and water slides open.

In the book Pizza, Pigs and Poetry, Jack Prelutzky asks, “Have you ever written a poem about a pizza?” Well, no. But I can cook up some prose.

Here goes: It was January 8, 1999. While at work I ordered a pizza for lunch. A whole pizza. Just for me. It was Elvis‘ birthday so I thought I’d celebrate by eating pineapple on my pizza for the first time. A little Blue Hawaii flare.
Surprisingly, I ate the pizza by myself and didn’t blow up like hot air balloon. Before I ordered a luau for lunch that day, I tried to lose a few but something didn’t fit right. And it wasn’t just my jeans. Why didn’t I feel guilty for eating so much?
When I ate the juicy fibers of the pineapple with the cheesy saucy crust, I was happy. Little did I know I was pregnant with my first child. I didn’t find that out until seventeen days later. That day I ate my pizza in utter bliss though I didn’t know why I was so happy.
I was bingeing, after all. Ruining my figure. I took acting classes at the time and the camera already packed on pounds. My coach noticed and told me to drop a few. Maybe it was the rebel in me or the growing life inside of me that said, “Hey! What the heck is wrong with you? Since when do you let someone else’s ideals tell you what to do?”
Since then it’s hard for me to pack away a whole pizza in one sitting. I doubt that bliss will visit me again while eating. Instead it transferred into motherhood which I could never fit into a pie.

1. A lot of things can happen

2. All of these can kill you

The first compliment I ever got from a well-known person (and Pulitzer Prize winner) was on an essay I wrote entitled “It’s Hard to Be Happy When You’re Feeling Really Crappy.”

I wrote it after a 2 week stay in the hospital from a severe kidney infection where I envisioned, as a 24-year-old, sitting among my older relatives comparing colonoscopies. The kidney specialist said my infection was the worst he’d ever seen. Yay! Finally! Number one at something! Something to brag about at my high school reunion.

After getting out of the hospital, I borrowed Dave Barry turns 40 from the library to cheer me up.

Mistakenly I thought Barry was funny because nothing bad happened to him. But in the book he writes about his parents committing suicide only about a week apart. I learned a person like Barry can recover from the most horrific of traumas and still make people laugh.

I sent Mr. Barry the essay and he sent me back a postcard signed “Dave Barry, M.D.” It didn’t matter what he said, because I don’t recall his reply. I was just giddy that he even read it and took time to mail me a postcard.

What I look forward to is continued immaturity followed by death. ~Dave Barry

Holly turned 10 years old about 2 weeks ago. I found some questions I wrote down that she asked from 3 years old on. None of these I could answer for her then and I still can’t now:

*Why isn’t there a wall of space (as opposed to Phil Spector‘s Wall of Sound)?
*Did God make Himself? (when I said God made everything)
*Will I need surgery to have breasts? Why does a woman want surgery to have bigger breasts? (after I explained what boob jobs are)
*How big is a cold? Because if it fits in my nose, it’s pretty small.
*Why on the TV show Dragon Tales do they say “the adventures never end” when they do?
My only response is to ask questions when I can’t answer her, such as:
*Why do I bother to put a hamper in your bedroom when your dirty clothes are everywhere except in it?
*Can the theory of relativity be applied to the time in between picking up toys and throwing them on the floor?
*Why did your then two-year-old sister stare at her food on the table but didn’t hesitate to eat it off the floor?
*Seriously, girls, who is John Galt? 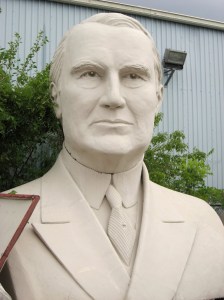 While homeschooling my almost 6-year-old, she requested her favorite set of flash cards: the U.S. Presidents. I thought they might be too hard for her but she took to them quickly.

I showed her a card of our 18th president, Ulysses Simpson Grant. She said, “Ulysses Simpson Graham Cracker.”
Then came our 19th president, Rutherford Birchard Hayes. She called him, “Rutherford Birchard ‘Horses Eat Hayes’.”
Next up, the 20th president James Abram Garfield. She said, “James Abram Barf-field.”
I asked her why the twist on names? She said, “This is Funny Camp. I learn to tell jokes.” I said that’s nice but sometimes we have to take our learning seriously.
So we went along with our serious faces learning the names of the presidents. Then I showed her Warren G. Harding.
Always closing, she said, “Warren G. Farting.”

through grace angels intercept
before demons take over

the most gracious way to go

when violence takes them
where is grace in that

and not two travel
the wrong path,
one ascends so the other
steers right

the road not taken as Frost wrote

the path not trampled
the one without the stamped-on heart

If you’ll be mine I’ll

tear you apart then throw you

to the wolves hungry.

I’m not hip to the hackneyed mushy kind of love sentiments. My favorites are from Albert Einstein because only he can compare romance to science:

Gravitation is not responsible for people falling in love.

Even better are quotes that compare love to a disease. Because basically it is.

We don’t believe in rheumatism and true love until after the first attack. ~Marie Ebner Von Eschenbach

Love, and a cough, cannot be hid. ~George Herbert

I’m a birthday present for a little girl. She asked for a kitten, she got me instead. She looked a little disappointed when she opened the box, but I think she kind of likes me. I’m sitting on her dresser now on a bed of hay. She grabbed a baby blanket, cut it up, and wrapped me up in it because she thought I was cold. I’m in love.

She thought I was lonely so she brought up a dinner roll from last night’s meal. She calls us her Rock And Roll. Roll is okay, I guess. He’s soft and fluffy now, but by this time tomorrow he’ll be as hard as a…well, me. And then I’ll have to share my blanket with him. Hope he doesn’t snore.

Does she play anything else besides that Three Dog Night record? There’s only so much cowbell I can take. I prefer Bob Dylan myself. Especially that one song, I don’t know the title but he sings, “Everybody Must Get Stoned!” Ha ha! Get it? I crack myself up.

What’s this? A new diamond necklace in the jewelry box? He thinks he’s so cool being all shiny and stuff. Says he’s really expensive. I think he’s really just a cubic zirconium. I’d like to cut the window with him but I’m a peaceful being.

My buddy Roll got thrown out when her mom came in to dust the furniture. Got no one to talk to, except for this funny grassy stuff that her big brother sneaks in here once in a while. I feel sorry for that stuff. Brother lights him on fire every time.

I don’t think she likes me anymore. She never wraps me up in the blanket anymore. My hay hasn’t been changed for weeks. It’s starting to smell. She says it’s too hard to potty train me.

Brother got busted so no more visits from my grassy friends. That’s too bad because they were always in a good mood. Hungry guys too. They ate up all the Cheetos and Oreo Cookies she hid in her top drawer.

It’s Halloween so she’s dressing up as Wonder Woman. She says sometimes people give her rocks in her trick-or-treat bag. I thought, cool, I’ll get some friends. But then she said if that happens, Brother and his friends will smash the neighbor’s windows with them. I wouldn’t mind too much if one of them lands on the dresser next to me. Could use the company.

It’s over. Brother got mad at her for breaking his Queen record so he picked me up and screamed, “A rolling stone gathers no moss!” and threw me out the window. I can see him in the house about to drink a 7-Up with a bag of Pop Rocks. Joke’s on him.

If you’re stranded on a deserted island, you can pick only five movies to watch for the rest of your life. Post your favorite quotes.

[Kip is singing to Lafawnduh after they become husband and wife]

Kip: We met in a chatroom, now our love can fully bloom… Sure the world-wide web is great, but you, you make me salivate… I love technology, but not as much as you, you see… But I STILL love technology.

Frank: Do you know who Marcel Proust is?

Dwayne: He’s the guy you teach.

So, if you sleep until you’re 18… Ah, think of the suffering you’re gonna miss. I mean high school? High school – those are your prime suffering years. You don’t get better suffering than that.

Dad: What is this?

Dad: I know I-tey food when I hear it! It’s all them “eenie” foods… zucchini… and linguine… and fettuccine. I want some American food, dammit! I want French fries!

Curtis: Well, the Sister was right. You boys could use a little churching up. Slide on down to the Triple Rock, and catch Rev. Cleophus. You boys listen to what he’s got to say.

Jake: Curtis, I don’t want to listen to no jive-ass preacher talking to me about Heaven and Hell.

Curtis: Jake, you get wise. You get to church.

row away from the rocks
Blog at WordPress.com.