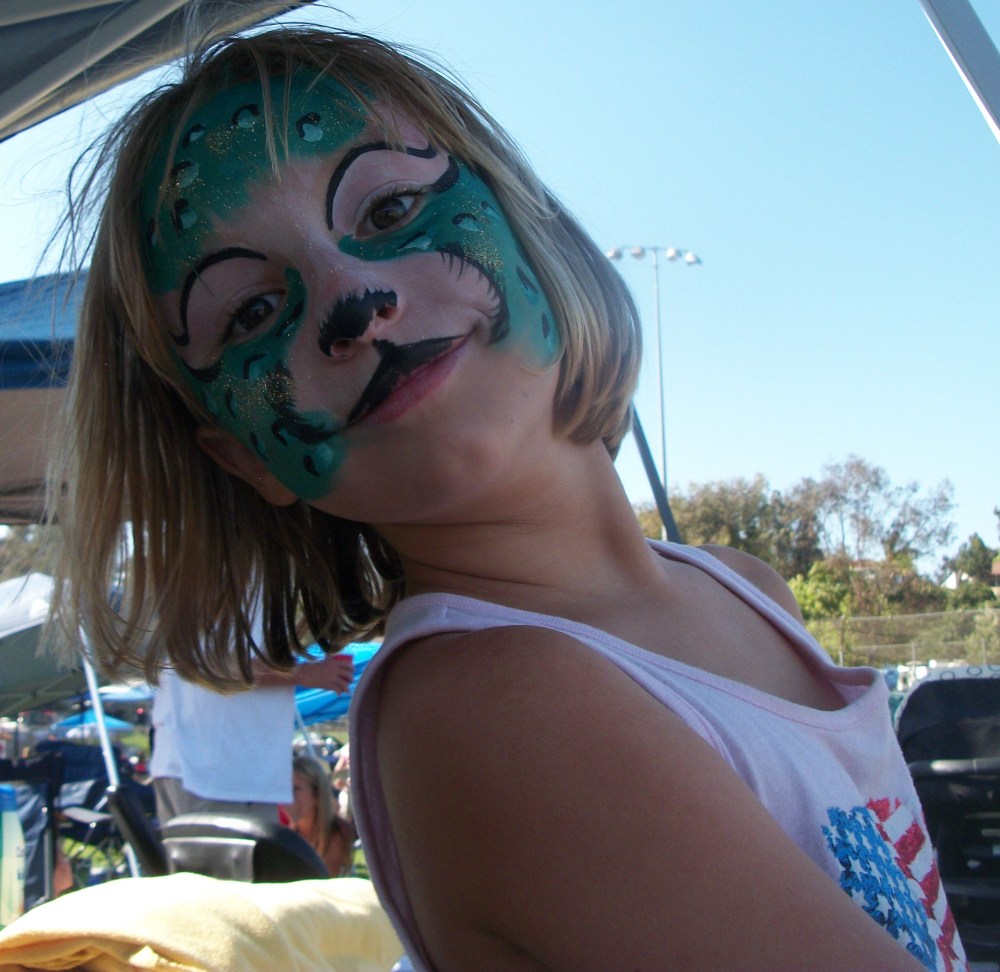 Animals love to celebrate as well.

My dogs are afraid of fireworks so they have to stay home. 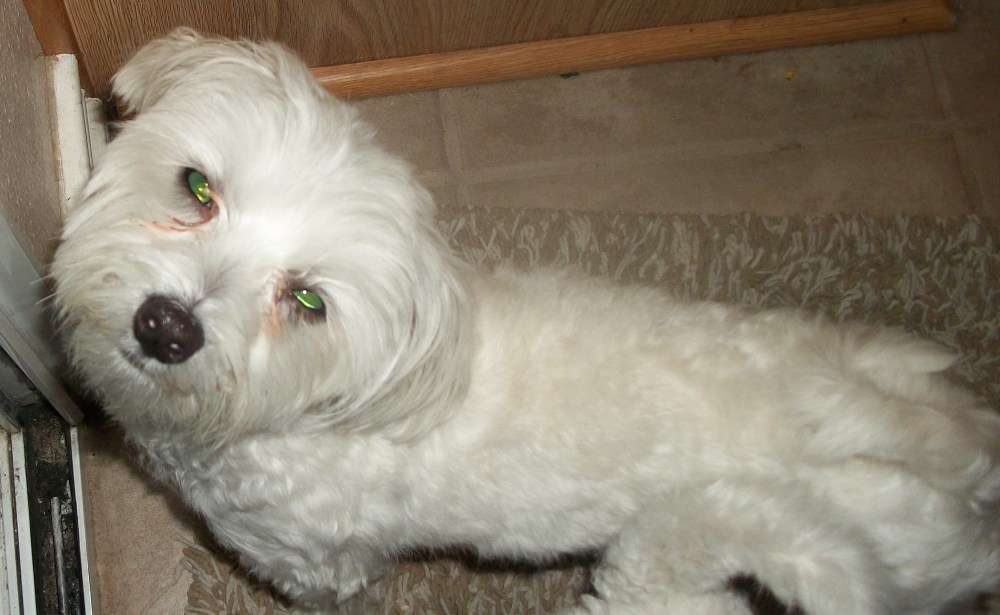 As you can see they are not too happy about it.

This guy loves the park. Boo, eat your heart out!

Dressed to the caNINES! 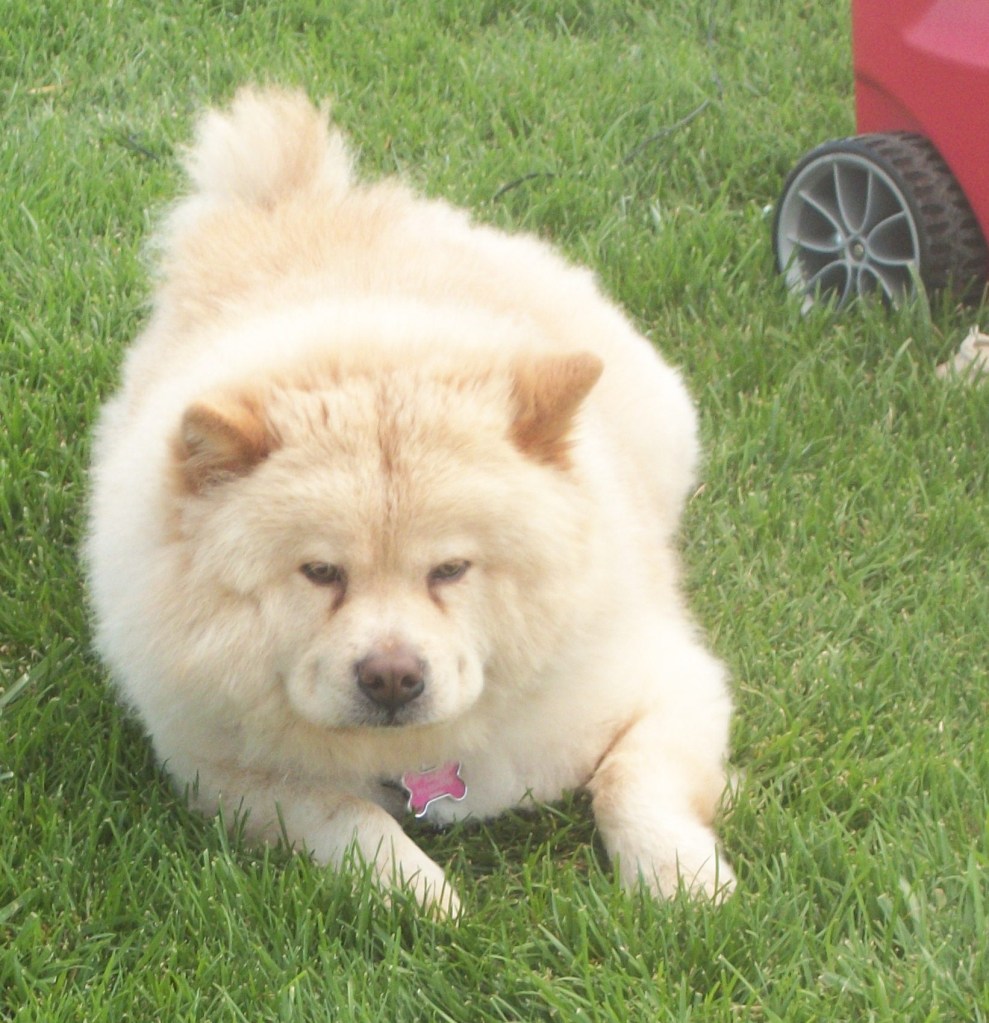 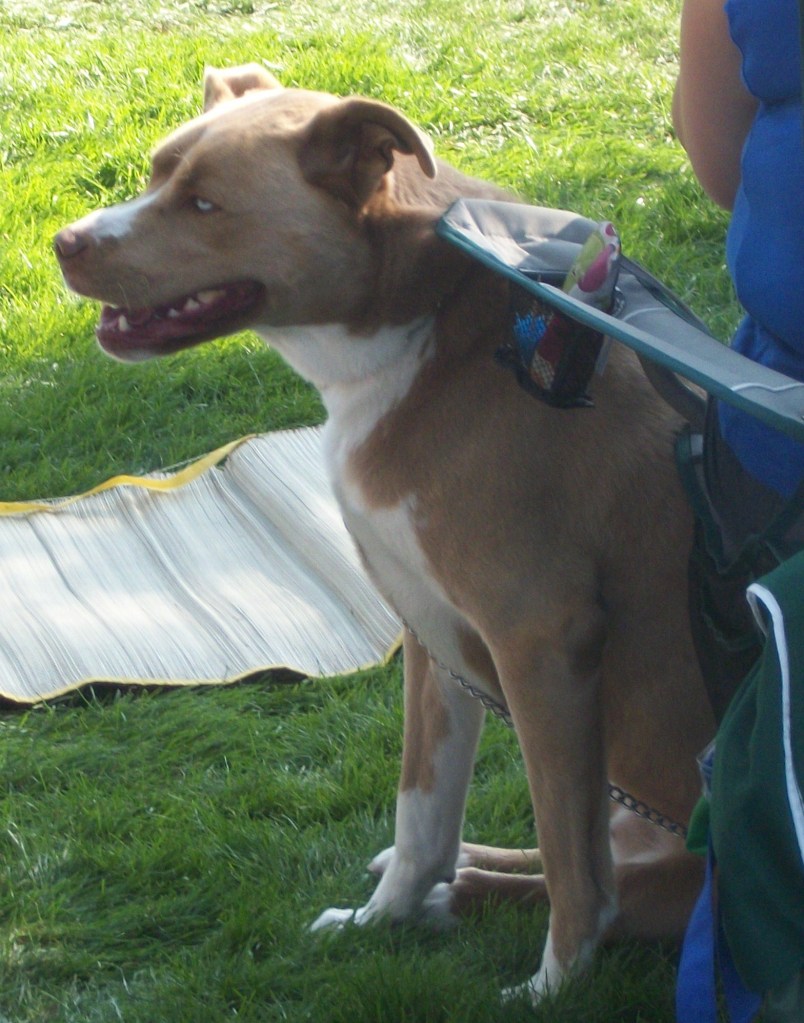 Yes, I know I have lovely eyes. 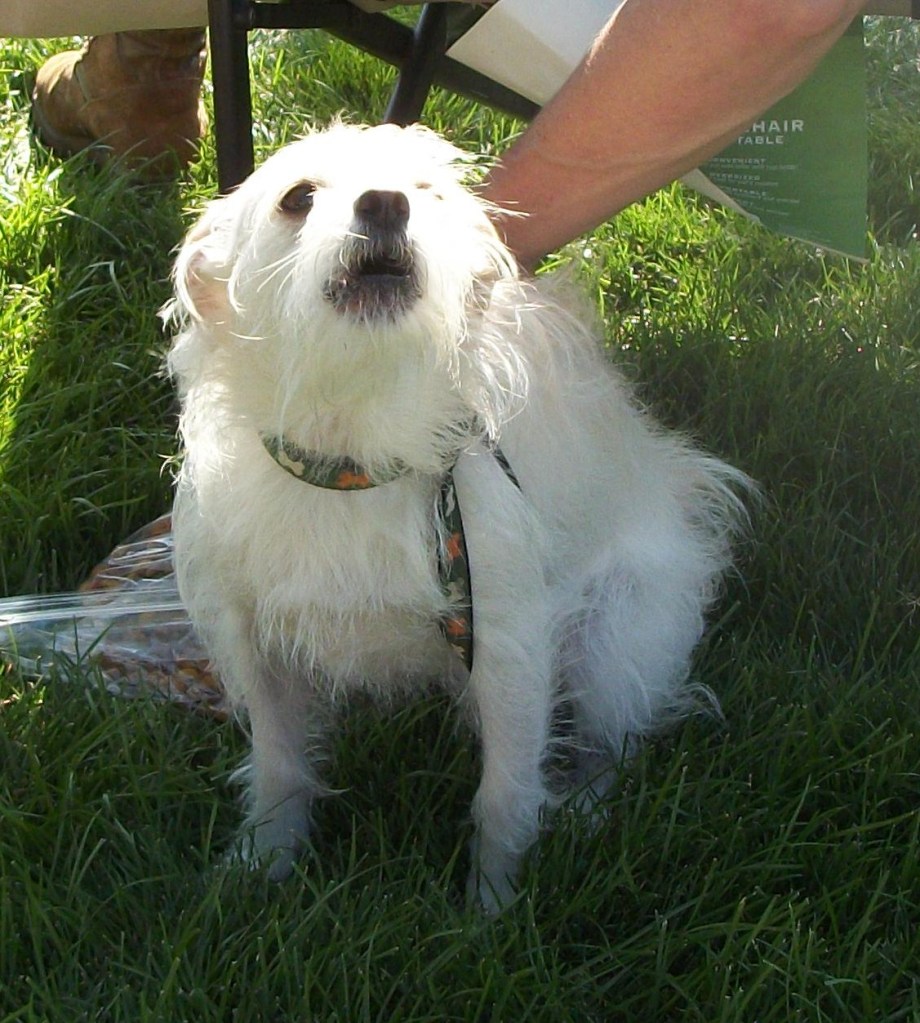 Ohhhhhhhh, say can you see? 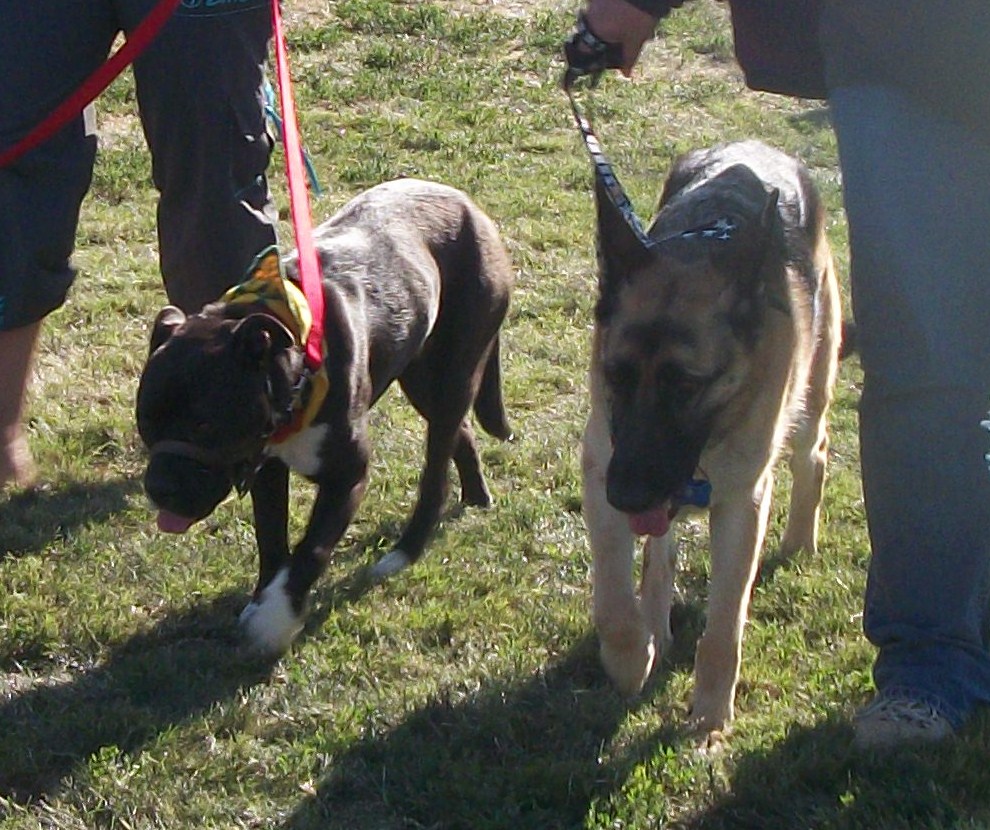 You can’t tell from the pic, but these dudes are Packer fans!

Proud to be an American-ine. 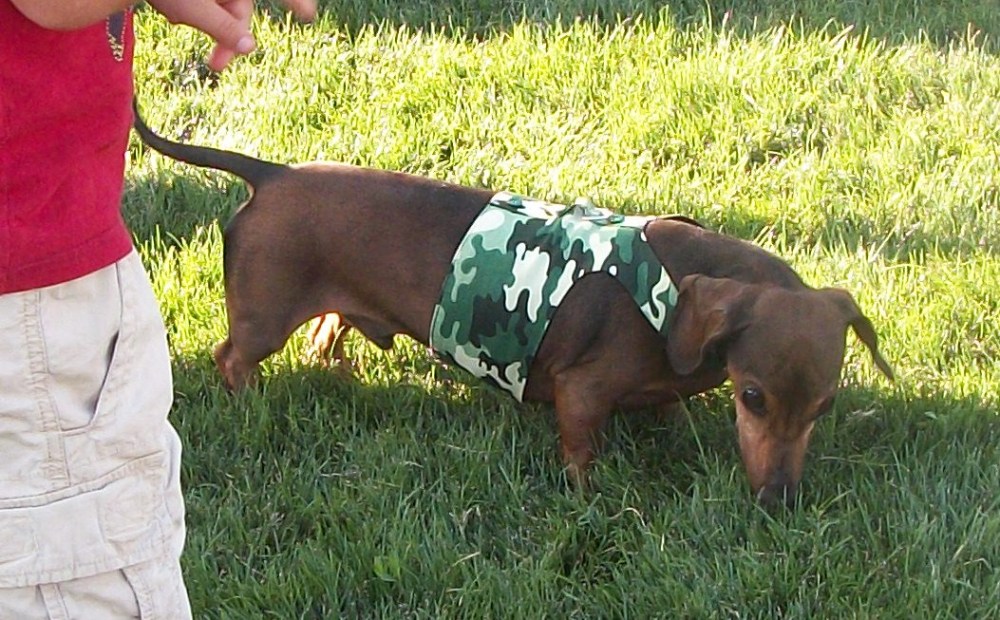 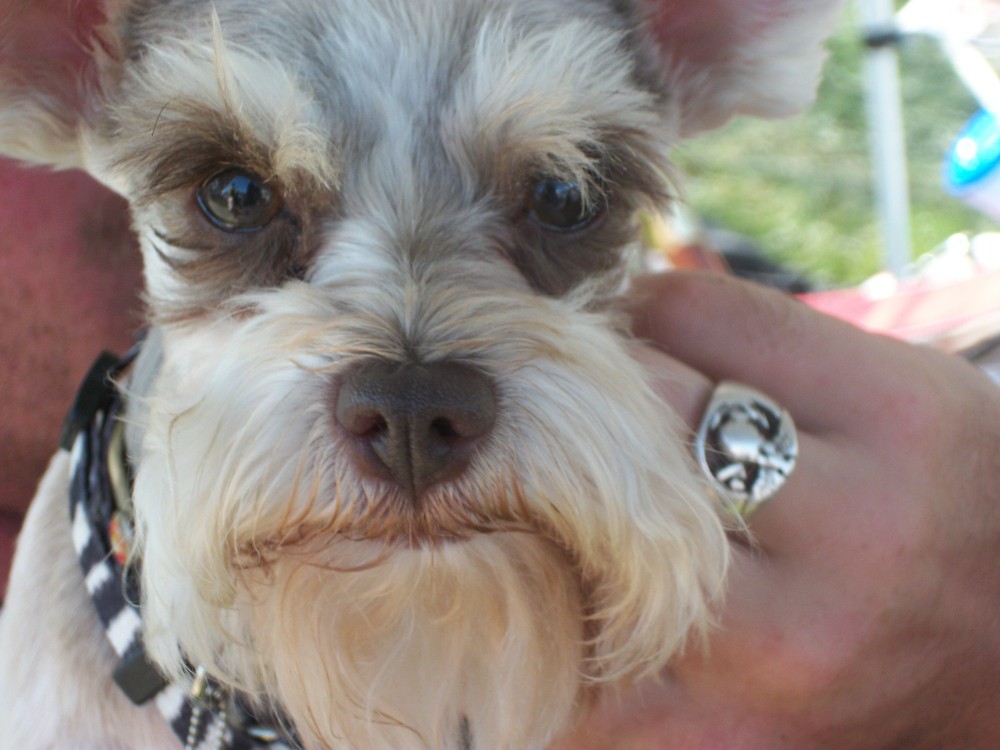 This schnauzer wishes you a happy 4th of July! 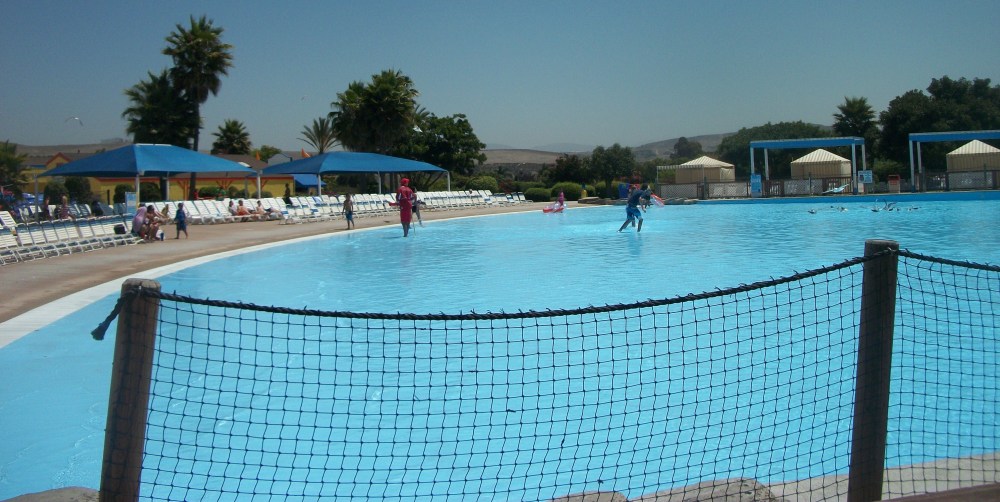 The view of the wave pool from our cabana 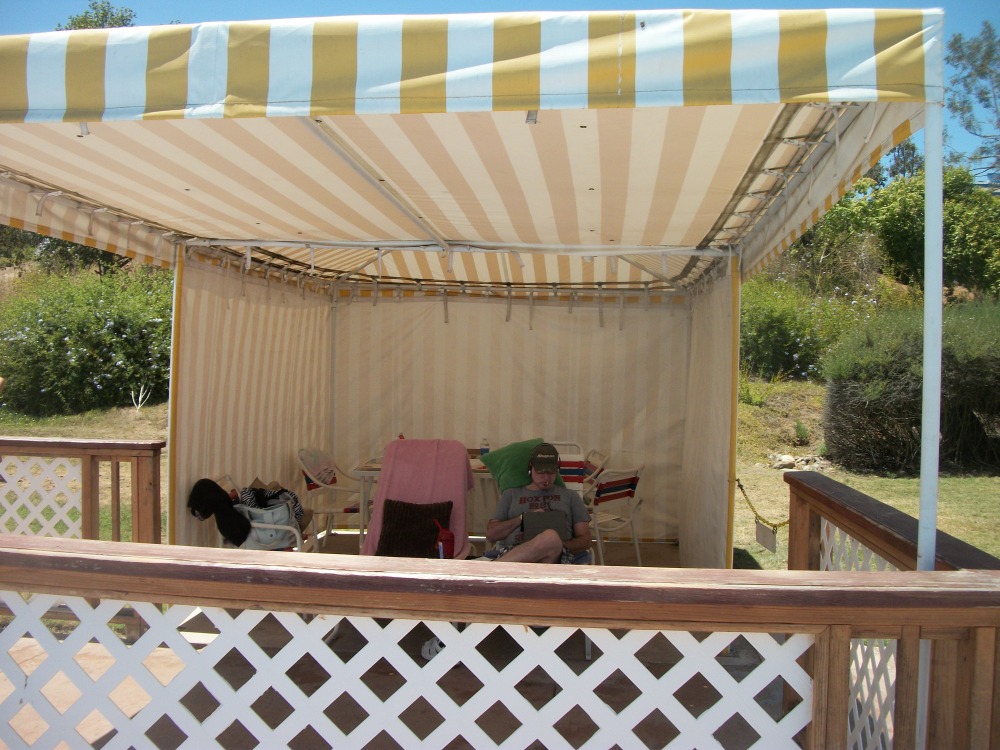 our cabana where husband played with ipad

the decor looks like something out of an early 1960s surf town, ala Oceanside or Huntington Beach, while songs like “Pipeline” played over the speakers.

holding tubes while the waves come

check out my daughter in lower right corner, using proper streamline position she learned in swimming lessons. so proud!

I must thank our gracious hosts for letting us play with them.

dipping them in our vinegar and food coloring concoction 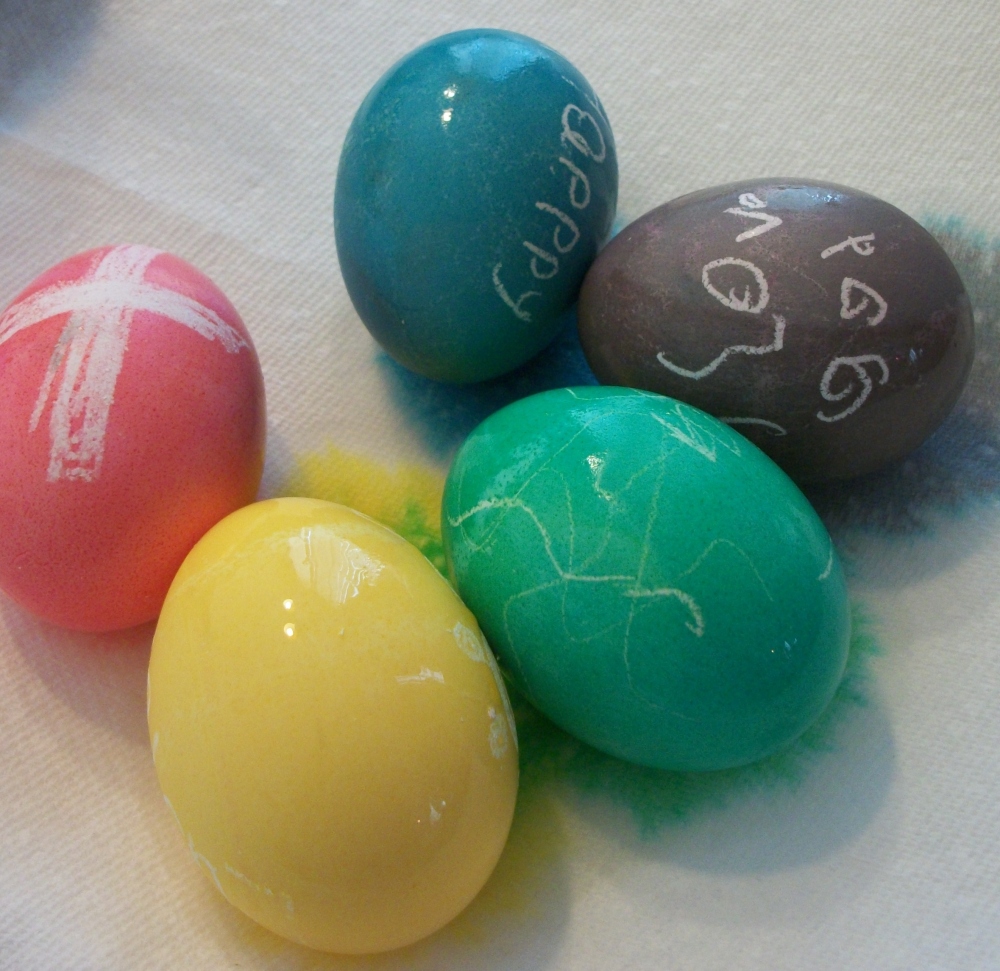 letting them dry on a paper towel 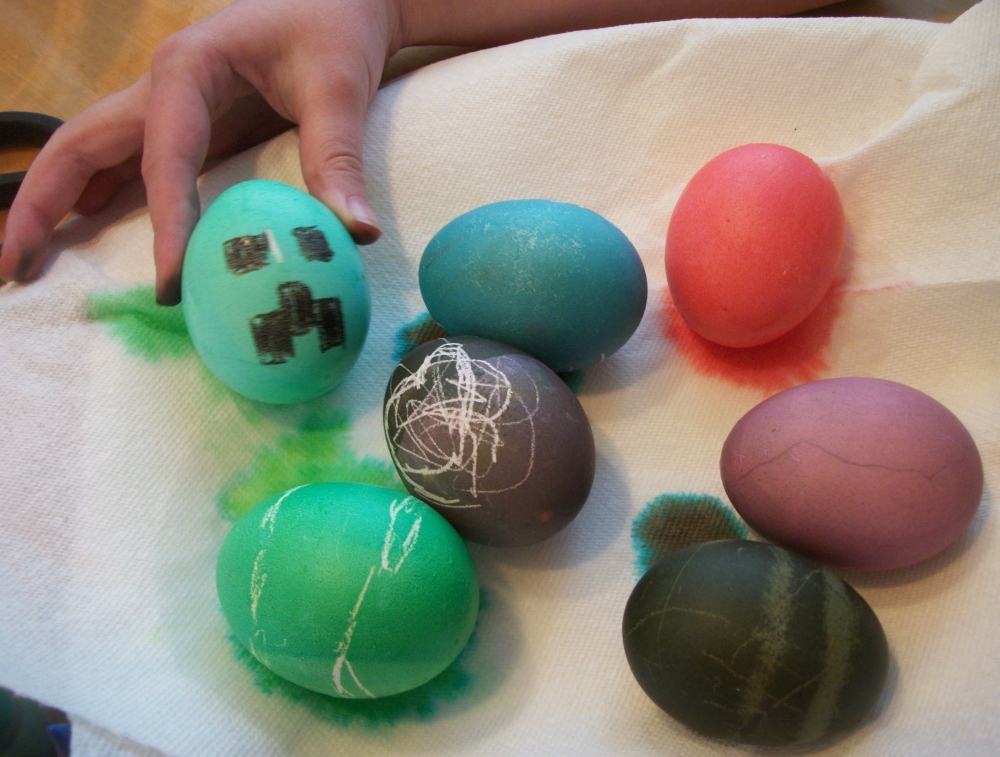 adding a minecraft creeper egg to the mix

the eggs drying leave a painting behind 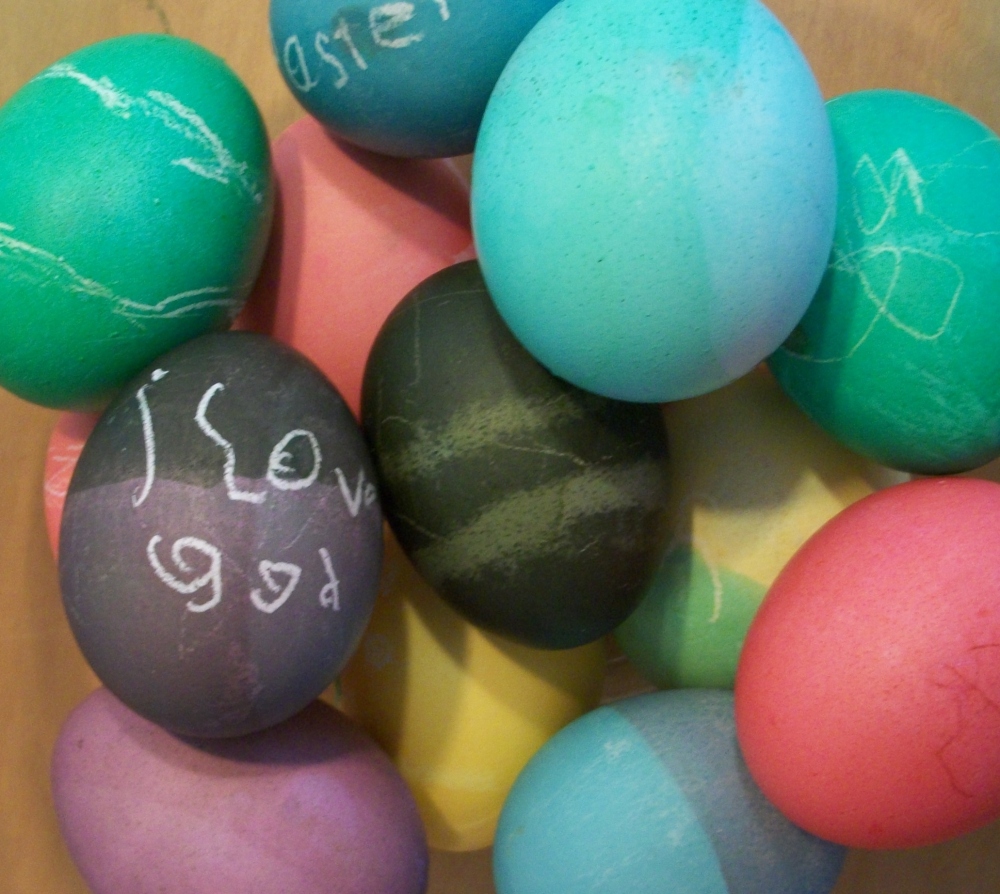 and viola! the planets collide together waiting for breakfast peeling

Flat Stanley here again!  Thanks to my friend Tony I visited the beautiful islands of Hawaii. 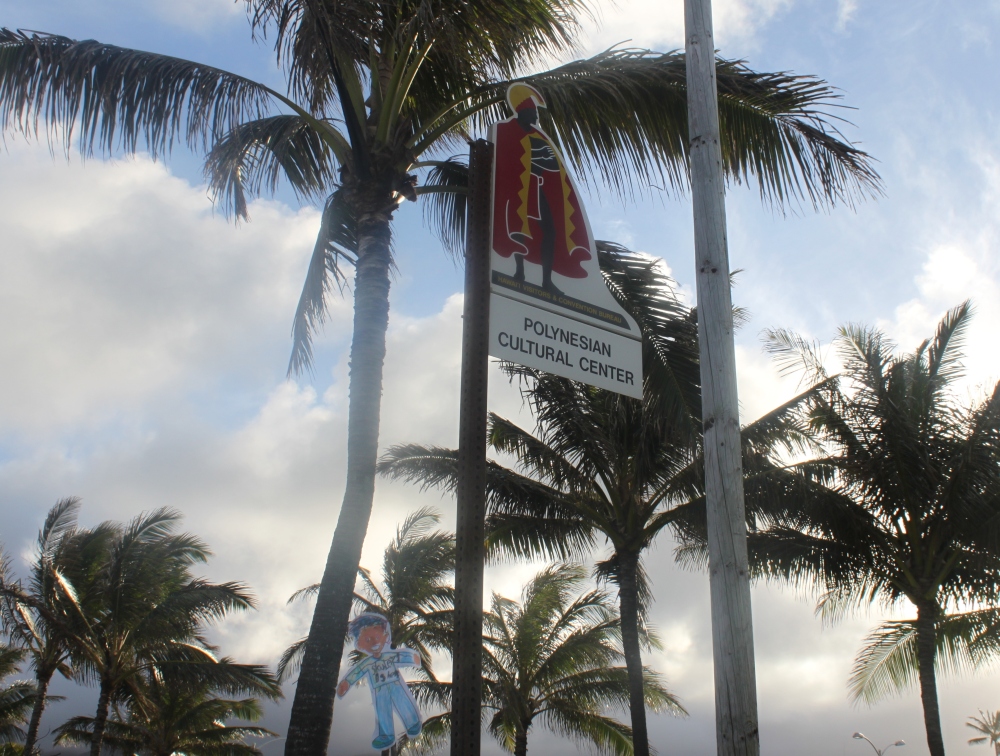 On the front lawn!

Bobby Brady? Where are you?

Check out my hula dancing, y'all! 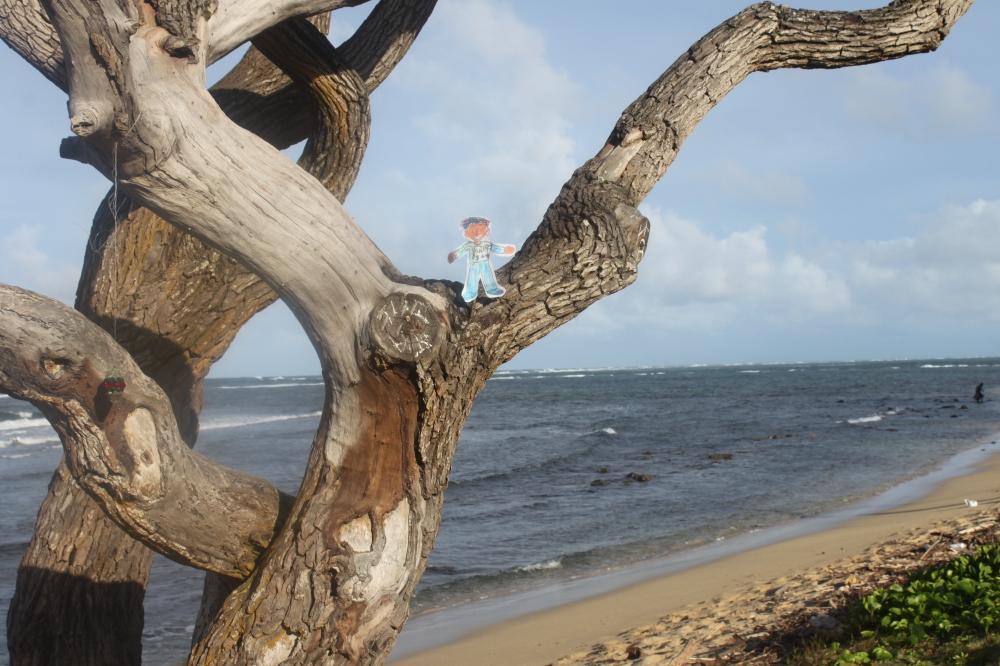 I'm stuck in a tree!

Then I flew over here. Can you spot me?

Now for a relaxing walk on the beach.

Hey, that water is getting kinda close. 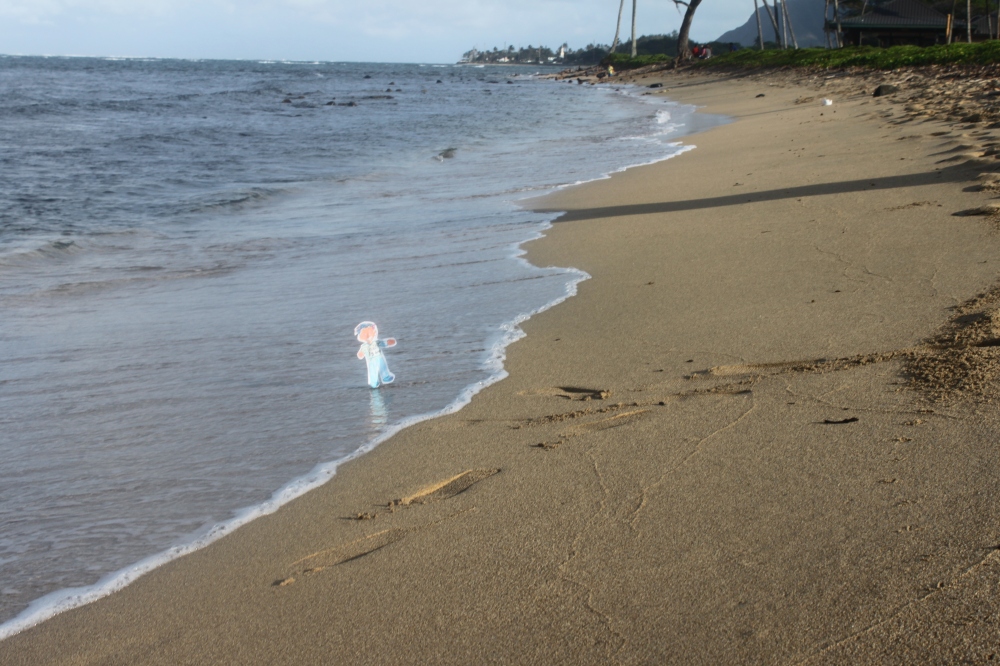 I think I'll try some surfing...

I think it's time to come back. Thank you Tony and thank you Hawaii!

On February 22, 2012, Andrew Breitbart‘s second to last radio show he guest-hosted for Dennis Miller, he talked about the quick passage of time.  He said if you ever want to slow time down, stare at the clock like you did in grade school.  Time goes by so quickly that we don’t even know what day it is.  He said, “If someone asked me the date, I’m usually about 3 or 4 days off.”  Staring at a school clock will slow everything down, he assured us.

Sadly, we lost Andrew shortly after midnight on March 1.  I first heard of Andrew way before the James O’Keefe/Hannah Giles sting on ACORN.  I met him on Facebook in the fall of 2008 when I first joined the Dennis Miller Zone (DMZ), the message board for the radio show. Andrew was a member of DMZ just like the rest of us.

I saw him online one day on Facebook and chatted with him.  All he talked about was how Dennis was his idol and he couldn’t believe that he’s guest-hosting his radio show.  Shortly after I posted that I’d be sure to call in one day. He was afraid he wouldn’t have a lot of callers,

On December 19, 2008, I called to ask him how he breaks up fights among his 4 young children.  I held on for an hour.  I didn’t mind it really, I just had to use the bathroom bad and I didn’t know exactly what time I’d go on air.  I was afraid I’d go on at the exact time the toilet flushed (which Erik Estrada later did in a phone interview with Dennis on-air!).

Then I heard the click and excitedly said, “This is Terri Jones, I’m one of your Facebook friends!”

To which he replied, “I know who you are!”

I asked my question but he said when it came to parenting ask his wife because he’s never changed a diaper. I would have responded with amazement that his wife was the only diaper changer but I didn’t want to expand on that topic with a full bladder.

He did, however, have a strategy for breaking up fights which was to sit his kids on the stairs until they resolved their differences. The show rewarded me with “Call of the Day” that day.  I like to think it was because out of pity for holding on for so long in more ways than one.

Though this was more than 3 years ago, it’s like it just happened.  When someone dies you don’t really measure time.  You just remember those moments like they are still happening and they never ended.

Tonight, I think I’ll get my analog clock and just stare at it for a while, like I did back in grade school. Today, August 4, is my parents’ 55th anniversary.  They got married in a Hernando, Mississippi courthouse in 1956 after knowing each other for only 10 days.  55 years later, my dad writes this to his life-long partner:

A hammer and saw you cannot use

A shirt without buttons you avoid like the flu

For you a road map is shade

but as a Mother you take a back seat to none.

You care for your family and house like they are royalty.

Of course we don’t.

But MOTHERING is something you do.

You cook, clean, pet and soothe our hurts and fears away.

Most of all you love us one and all.

So you are already in the Mother’s Hall of Fame 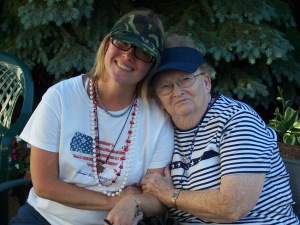 And as your partner through these years,

I count it an honor and privilege to grow old with you.

As it was in our vows,

I LOVE YOU UVA NELL,

A model of the car my brother owned with license plate FYI. It did NOT stand for "For Your Information." Illinesians, take a guess.

The singer/songwriter Don McLean was correct when he wrote February made me shiver/With every paper I delivered/Bad news on the doorstep/I couldn’t take one more step. Organ donation makes this month at least a little warmer.

I’m not very good at this time of year because my 46-year-old brother died of a brain aneurysm on Feb. 13, 2008. He suffered the aneurysm on the 12th but was kept alive for 24 hours for harvesting organs.

From what I’m aware of, he donated his kidney to a 26-year-old who waited for 13 years. He also donated his corneas and his veins for bypass procedures.

According to the website organdonor.gov, 109,719 people wait for an organ. 18 people die each day waiting for an organ. 1 organ donor can save up to 8 lives. This site makes it super-duper easy to register. Click on the upper right hand corner to register with your state.

My grandmother with my uncle in the 1920s

My Uncle Berlie Rondal Lassiter passed away last night from heart failure at age 81.  He was a Korean War Veteran, ranked SFC.  And he was father to my cousins Mary and Steve, grandfather to Eric and brother to my mom Uva Nell.

I have memories of him visiting our home in Wisconsin every Saturday bringing newspapers from Kentucky where he and my mother grew up.

When he was a teenager, he went out on a date and my mom, not wanting to miss out on the fun, hid in the trunk of his car. He discovered her not so shortly afterward. Did you know there’s not a lot of air in the trunk of a car?  Ask my mom, she knows.

He graduated from Illinois’s McLeansboro High School in 1949 where he was captain of the volleyball team that went to the state championship.

When a loved one dies, do you ever have a fleeting thought of them before they pass away?  Last night I read to my daughter a story from the magazine Spider. Rondi was the name of the character.  Though I knew Uncle Rondy was sick and we mentioned him in our prayers, that story made him stick in my head when he passed away.

May he rest in peace with full honors at the Veterans Memorial Cemetery in Union Grove, WI.

While going through old photographs at my parents’ house, I found these photo gems of my grandmother Edna when she was a teenager and young adult from the 1920s.  The name Edna means “rebirth.”

She stayed young and beautiful, frozen in this state, because she passed away from a leaky heart valve at age 39. My mom said she was smart, well-read and a fashion maven.   I don’t doubt that The Great Gatsby was on her book shelf.

My grandmother is on the left, circa 1925.  She sports a classic bob hair cut and a sailor dress.  She is about 18 years old and hanging with her friends most likely dressed in clothes from Marshall Field’s.

Here’s another buddy picture.  Grandmother is on the left.  There’s not a lot of detail here but look at the cloche hats.  Isn’t it amazing that women dressed so alike back then? And they sit on grass barely worrying about grass stains on their skirts.

Here she is on the right.  Look at those gams wrapped in black silk stockings with pumps on her feet.  Again, no worries about sitting on dirt and grass in elegant clothes.  My cousin, who lived to age 92, told me that Edna wore holes in the knees of her stockings as they rode in cars, probably to prevent looking unladylike.

Don’t ask me what the donkey’s doing here.  Your guess is as good as mine.  Edna is on the left next to my grandfather Toy.  Here’s more proof of ladies dressing alike with all skirts just above the knee and all shoes with straps across the front.

When it got cold, Grandmother (on the right) broke out the long coat but never covered her bottom legs.  Who would cover them?  That’s a fur-lined collar with the oh-so-delicate touch of a flower in her lapel.  Laced up shoes kept her feet warm in the winter.   And I told you she was smart – she’s the only one wearing a hat in this picture.

My grandmother’s not in this picture, but my grandfather is on the left.  Even he was a sharp dressed man with a news boy cap, tie and a 3 (maybe 4) buttoned jacket.  Check out the car and the ladies on the hood.  I’m surprised the poleece didn’t come after them for looking so much like Bonnie and Clyde.

And that is the rebirth of Edna.  Do you ever wish the Jazz Age could come back in style if even for a moment?

our fluffy who isn't so fluffy

My daughter says a Maltese is combination wolf and bunny rabbit.

She named him Fluffy though I wanted

Falcon – my clever play on words.

Or Henry, the name I wanted for a

boy though I had two girls.

Or Boo-Boo, my nickname for my brother

whose passing made me stand there with Fluffy

in my arms that day.

One day he brought home Missy, a Cocker

Spaniel whom he laid at my feet while I washed

dishes.  I jumped to see a brown lump of fur who

Before that it was Baron who hobbled

around on a broken leg.  Before him, there was

Blackie who stood with paws on my brother’s

shoulders as he waved his hand in front of

In our lives for just a few moments like

travelers hopping off trains, asking for food, then

on their way to the next destination.

row away from the rocks
Blog at WordPress.com.